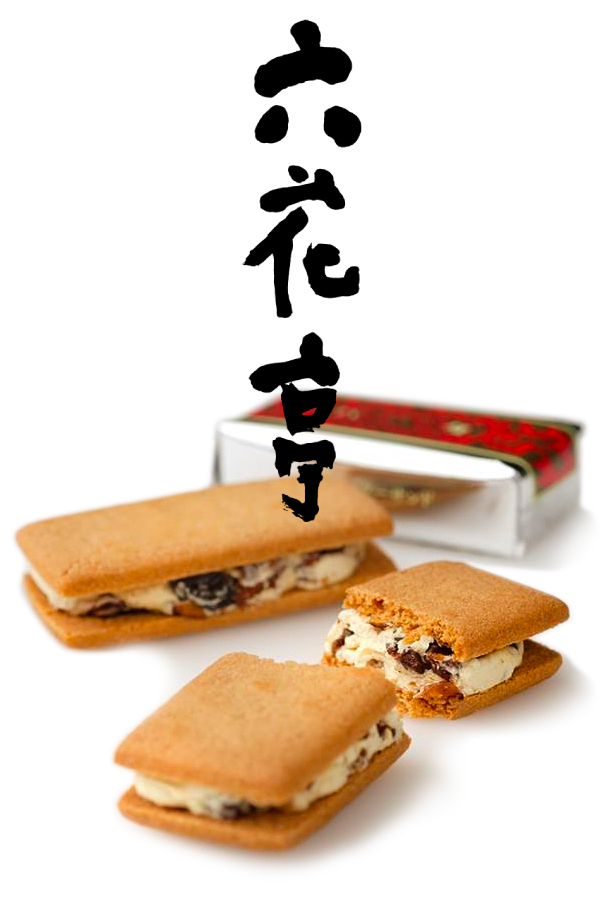 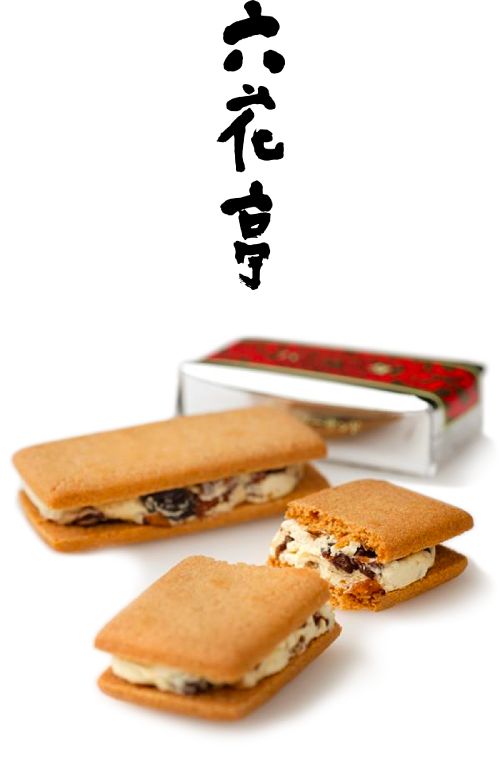 Sweets are the Earth's Gift

Since Rokkatei was founded in 1933, our fundamental policy has been to make delicious sweets, to establish and maintain stores that are a delight to shop in, to enrich people's lives, and to flourish.Embraced by the natural gift of the northern land of Hokkaido, we will continue to create sweets that deliver the sensations of seasonal blessings to our customers.

Our first best-selling product was the "Hitotsu-nabe" ("Shared Pot"), which came out in 1952.Named after a famous phrase composed by Benzo Yoda, the pioneering forefather of the Tokachi region, who said that "cultivating the land starts with pigs and one pot to share between us all, human and animal alike", these monaka wafer cakes are modeled in the shape of a cooking pot and was supplied to commemorate the 70th anniversary of the settlement of Obihiro.Expressing respect for the history and landscape of Hokkaido and our forefathers is the concept of our product development, and it also became the starting point of Rokkatei as a company. 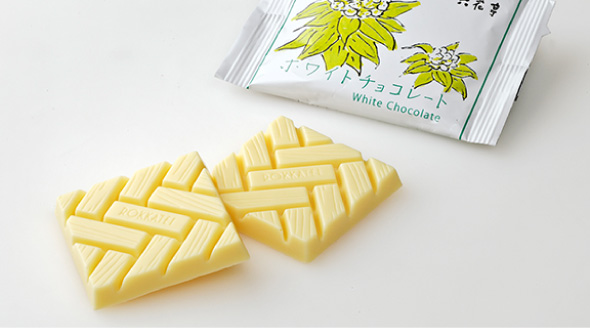 White ChocolateIn 1968, Rokkatei was the first company to sell white chocolate in Japan. Our white chocolate contains an abundant amount of high-quality cocoa butter and Hokkaido-produced milk to create a smooth melt-in-the-mouth texture, using our original manufacturing method. The bite-size pieces are styled with the motif of railway sleeper. 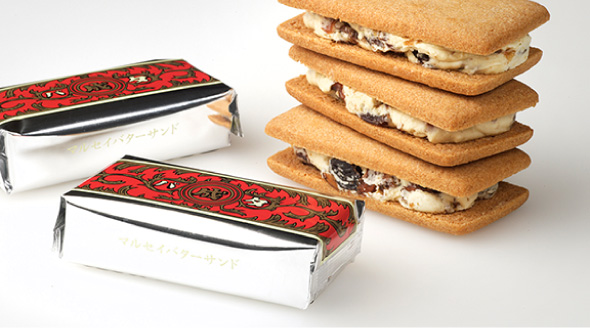 Marusei Butter SandwichThis iconic product was released in 1977 to celebrate the launch of the company's new name, Rokkatei. We were inspired by the concept of "Marusei Butter", the first butter ever made in Tokachi by Banseisha, the group of pioneers led by Benzo Yoda. These sandwich cookies have become a classic souvenir of Hokkaido, beloved by people both within and outside the island. 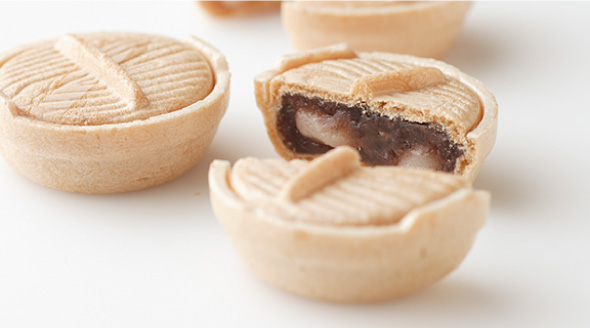 Hitotsu-nabeThese monaka wafer cakes, modeled in the shape of a cooking pot, are filled with sweet bean paste and small rice cakes, mochi. The product that became Rokkatei's starting point, Hitotsu-nabe expresses our respect for our forefathers who pioneered the development of the Tokachi region.

We consider sweets-making to be part of the industry of processing agricultural produce. There is no greater environment than the dairy-farming paradise that is Hokkaido, blessed with its lush greenery, clean water and air.Strongly rooted in our home region, we have expanded to operate 69 stores in the major areas in Hokkaido, with the aim of serving as sweetshops that invite our local customers to enjoy one or two Rokkatei snacks every day.We also offer café rooms, in addition to some Japanese and Western-style sweets, which are not available at mail-order and online stores. 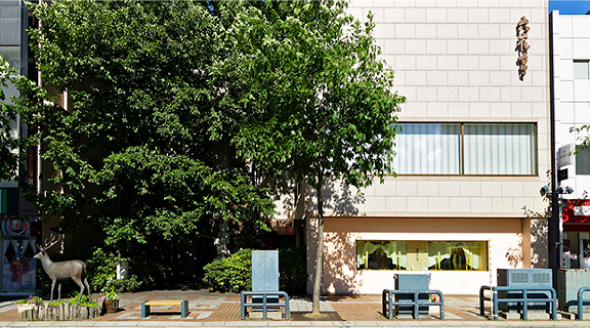 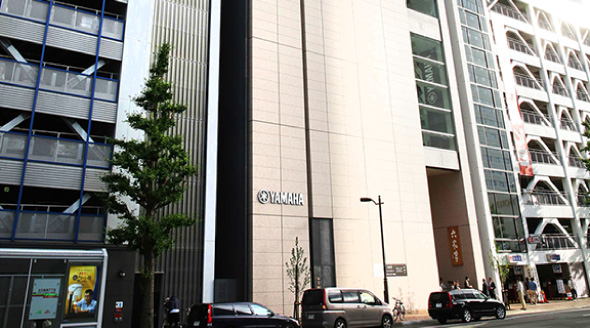 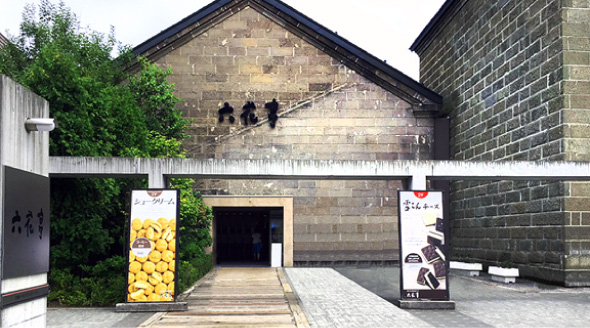 We await your visit to Rokkatei stores, where we offer a rich selection of sweets.

In 1960 Rokkatei's founder, who considered sweets to be an indicator of cultural richness, collected poems and published the children's poetry magazine Silo, with the desire to foster poetic inspiration in the children of the Tokachi region.Such activities are continued today through our opening of the Naoyuki Sakamoto Memorial Museum, celebrating the artist who worked on the cover of Silo magazine, as well as planning and managing various facilities that showcase unique regional characteristics, while also developing gardens which embody Rokkatei's distinctive floral wrapping paper. 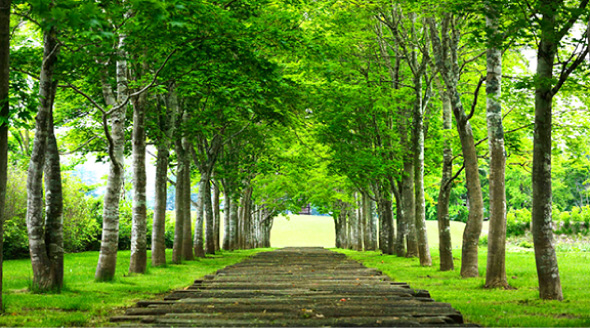 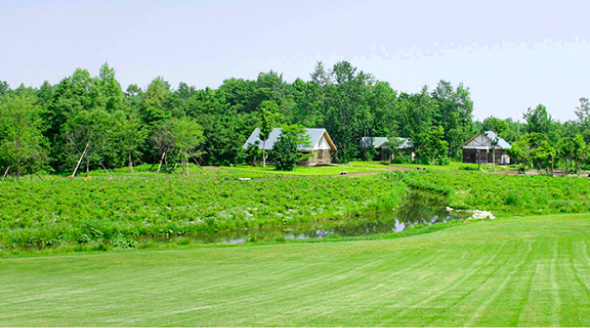 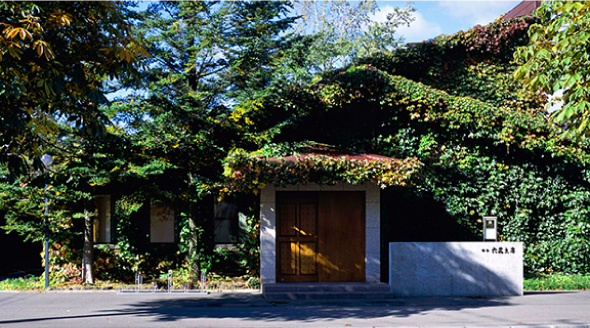